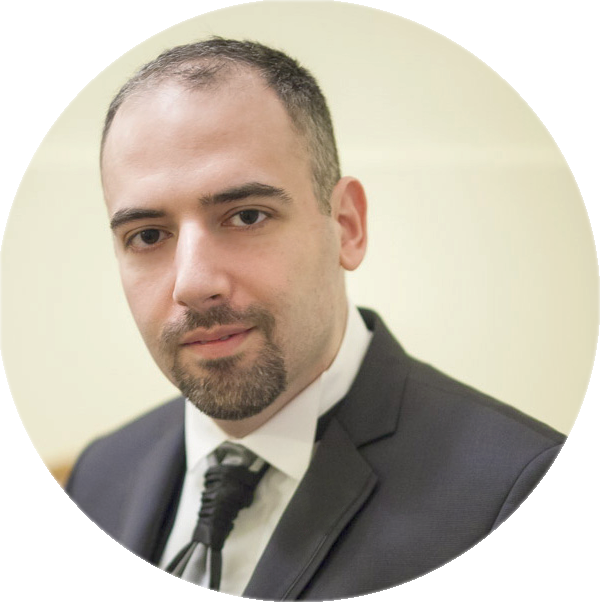 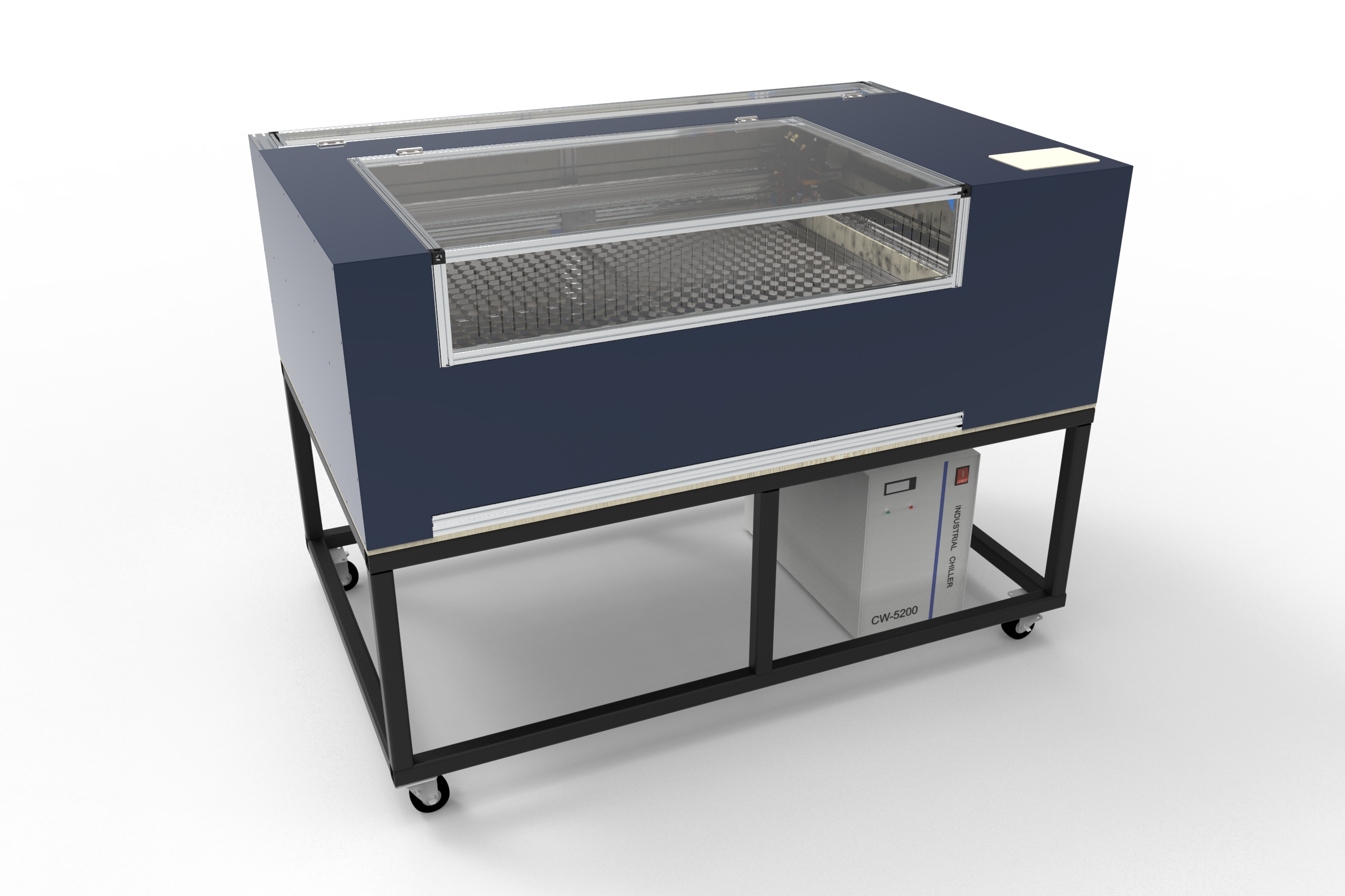 On some of the side projects that i was working for, a need for a large laser cutter became apparent. Unfortunately after some research, it became apparent too, that my options were 3:

I decided to use the option 3, which, again, unfortunately created some issues, since there were only 2 choices.

In the end i decided that the best course of action would be to spend a week and design my own version according to me specifications:

This is the result:

While all the components have been purchased, the assembly hasn’t been completed yet. When its ready i will also release the drawings on the open source community.

Disclamer about the renders: there are some obvious mistakes because of some performance issues that i encountered on FREECAD. Not all bolts are visible/or in the model. The energy belt on the X axis is unconstrained. The First laser mirror is missing from the model. 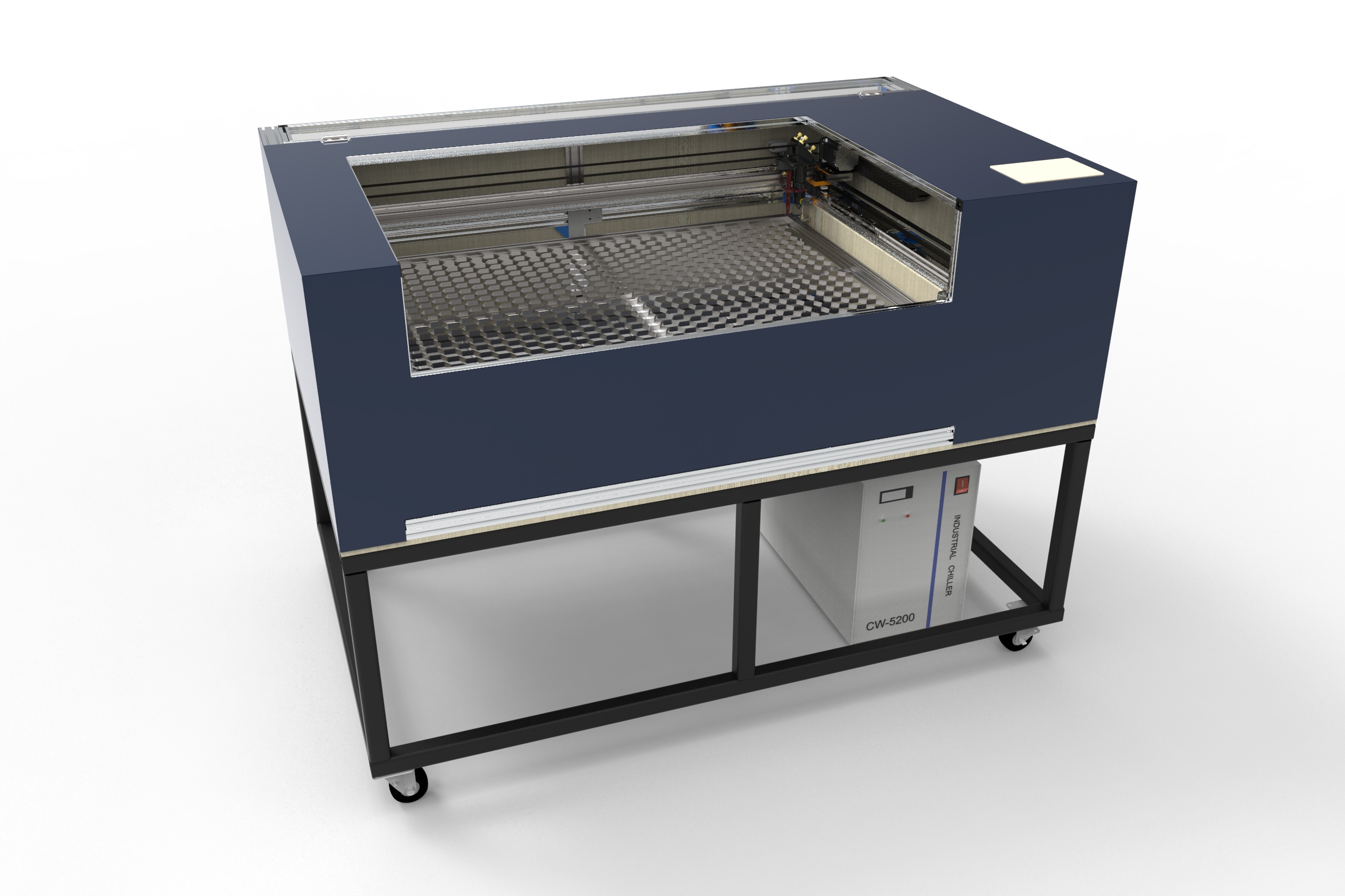 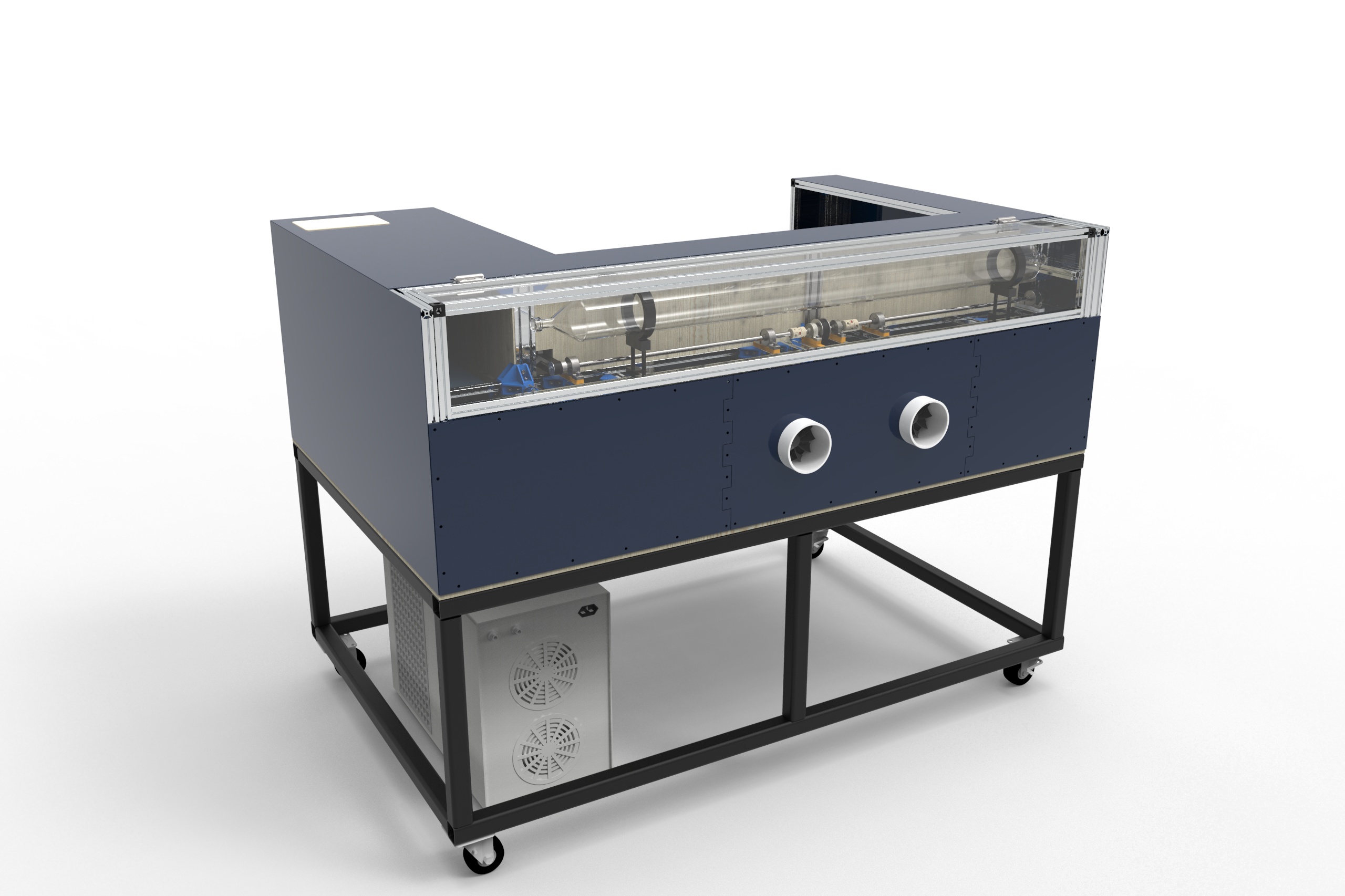 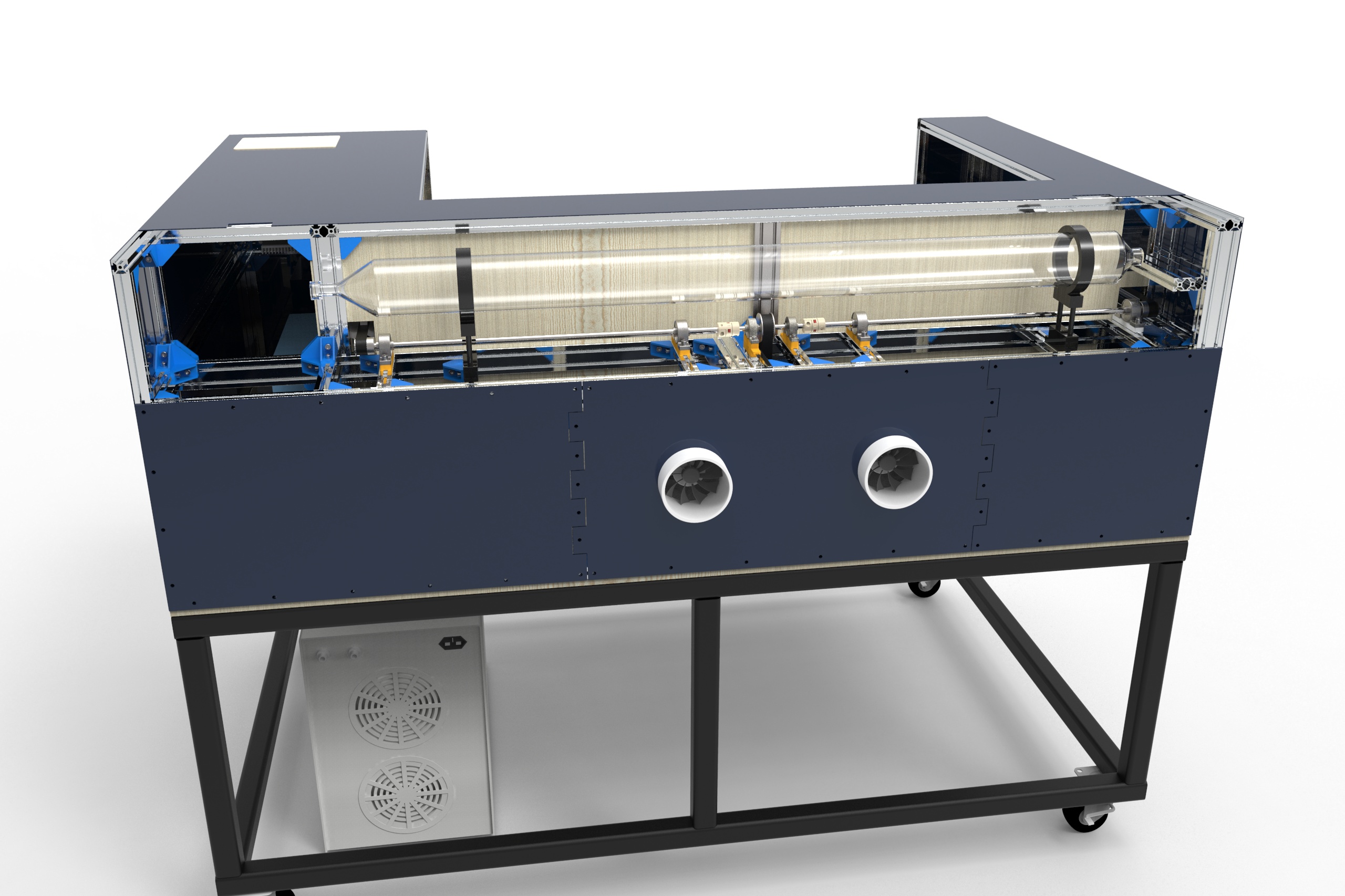 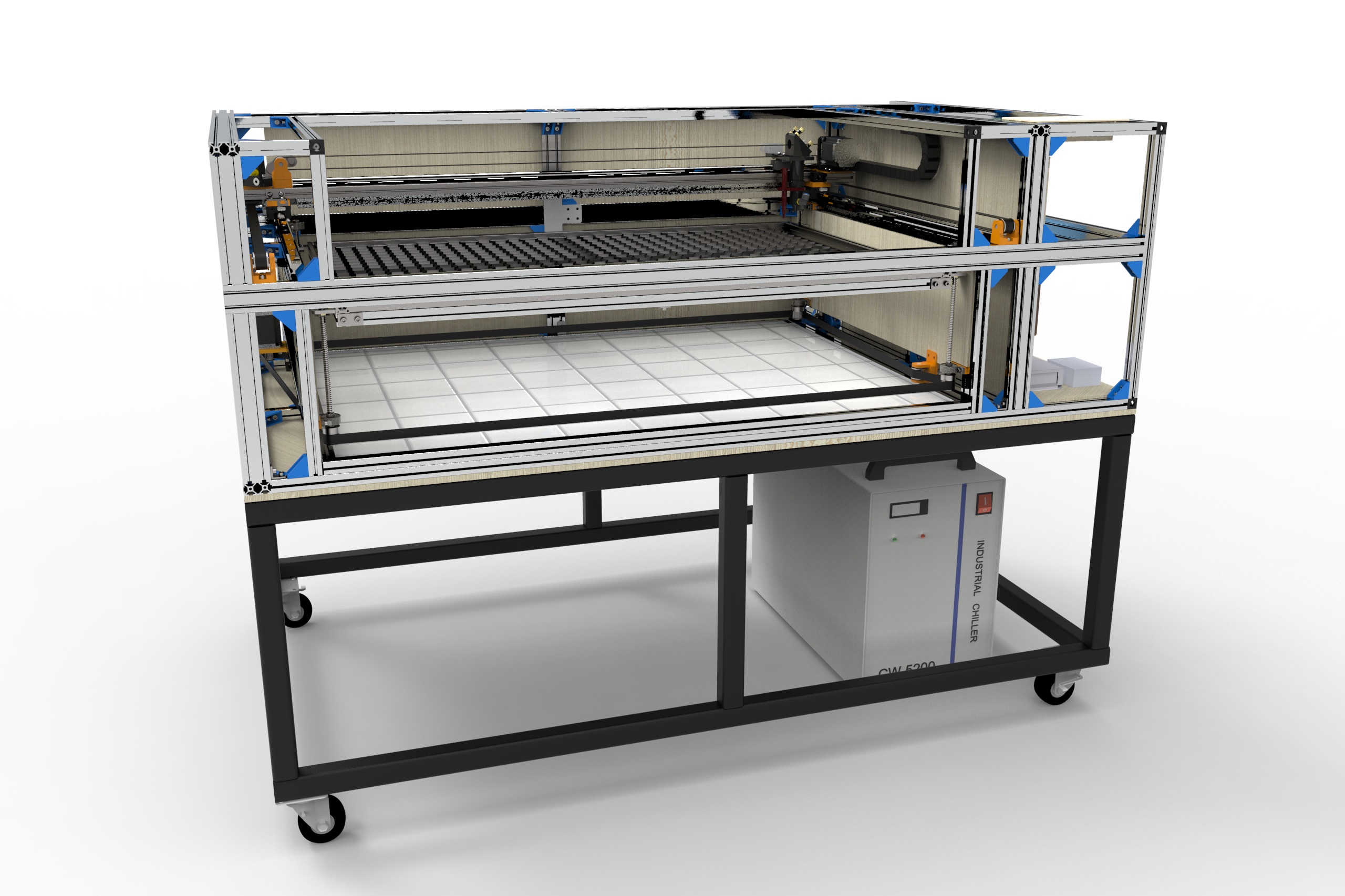 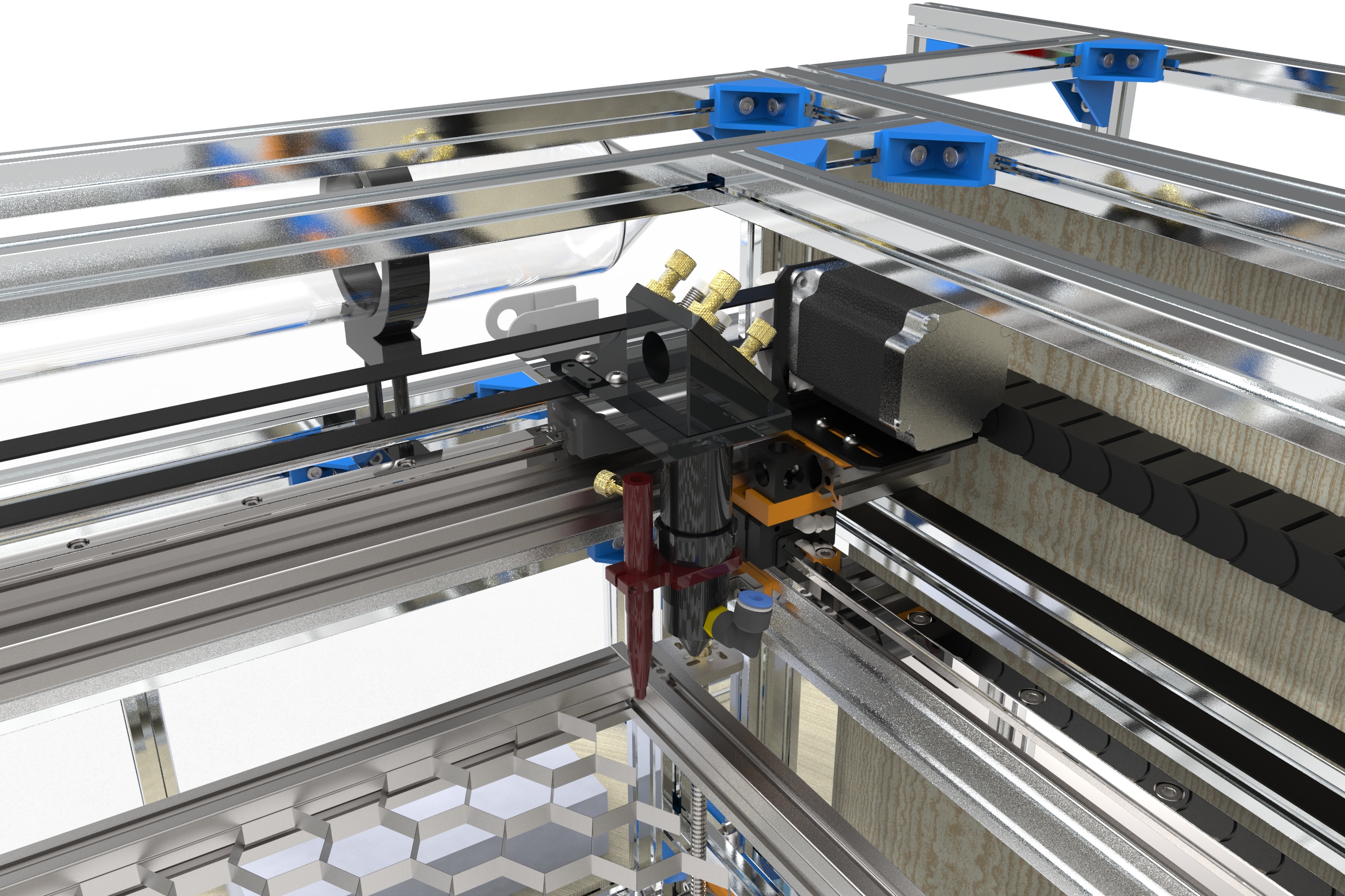 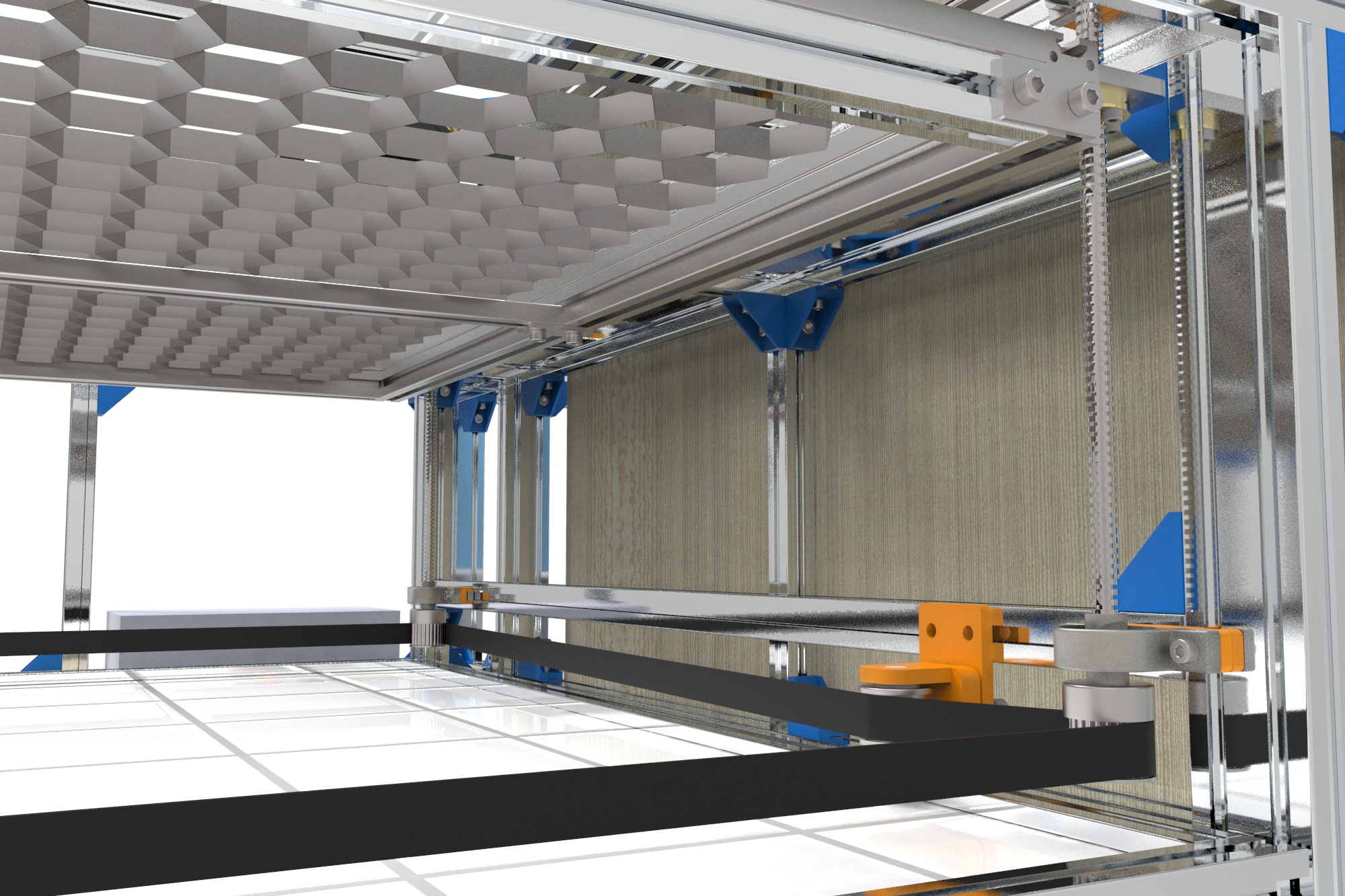 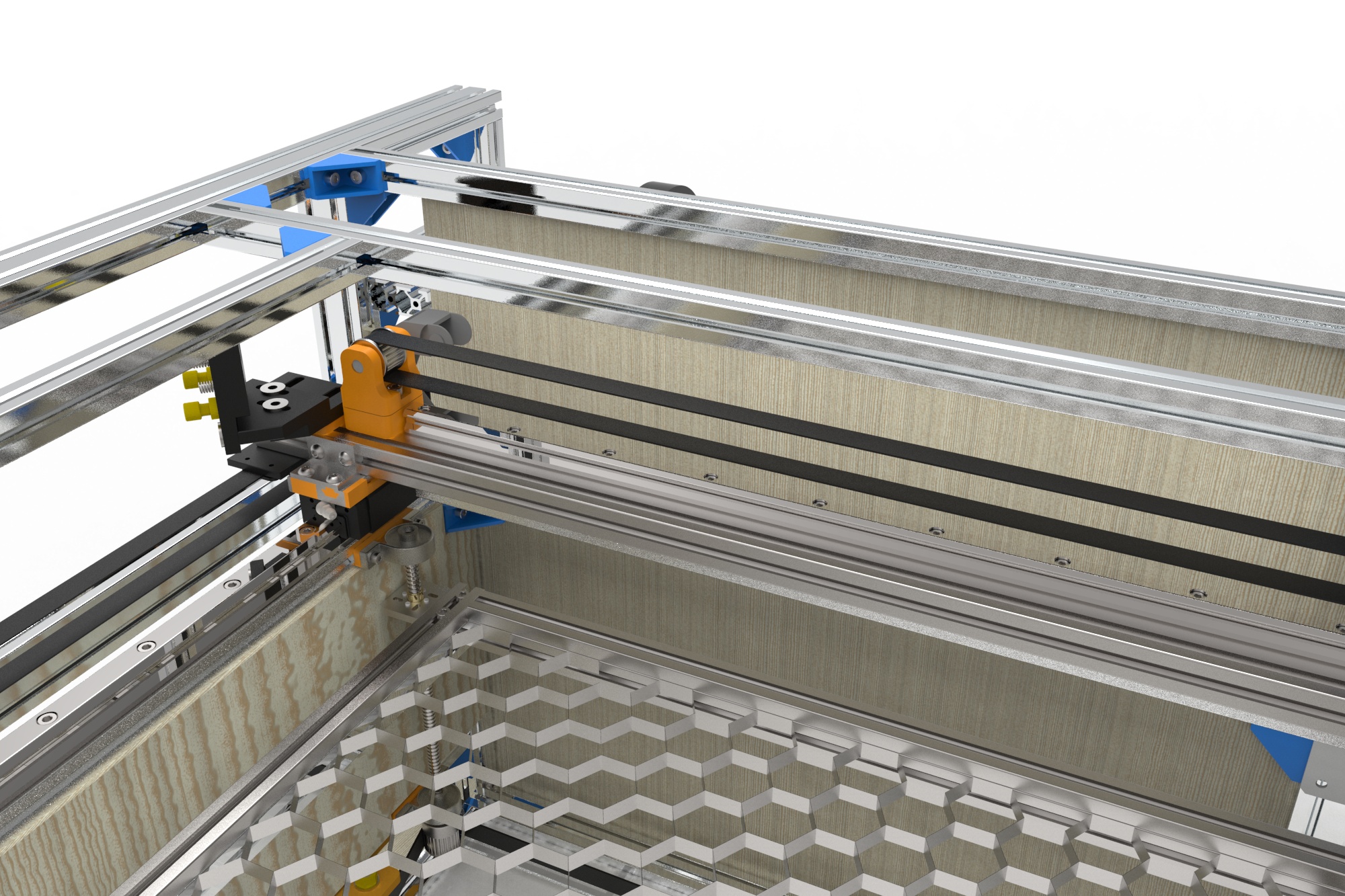 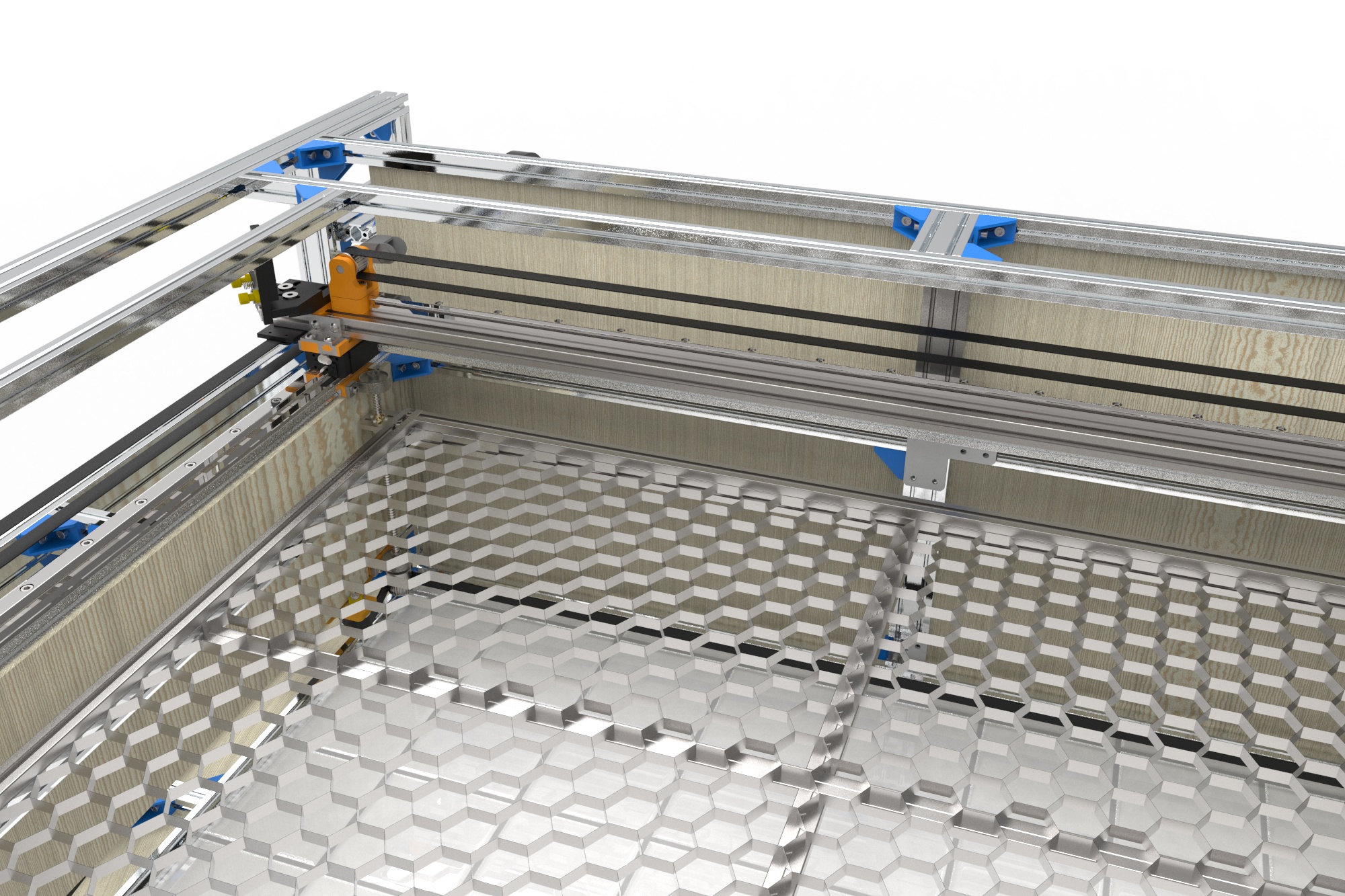 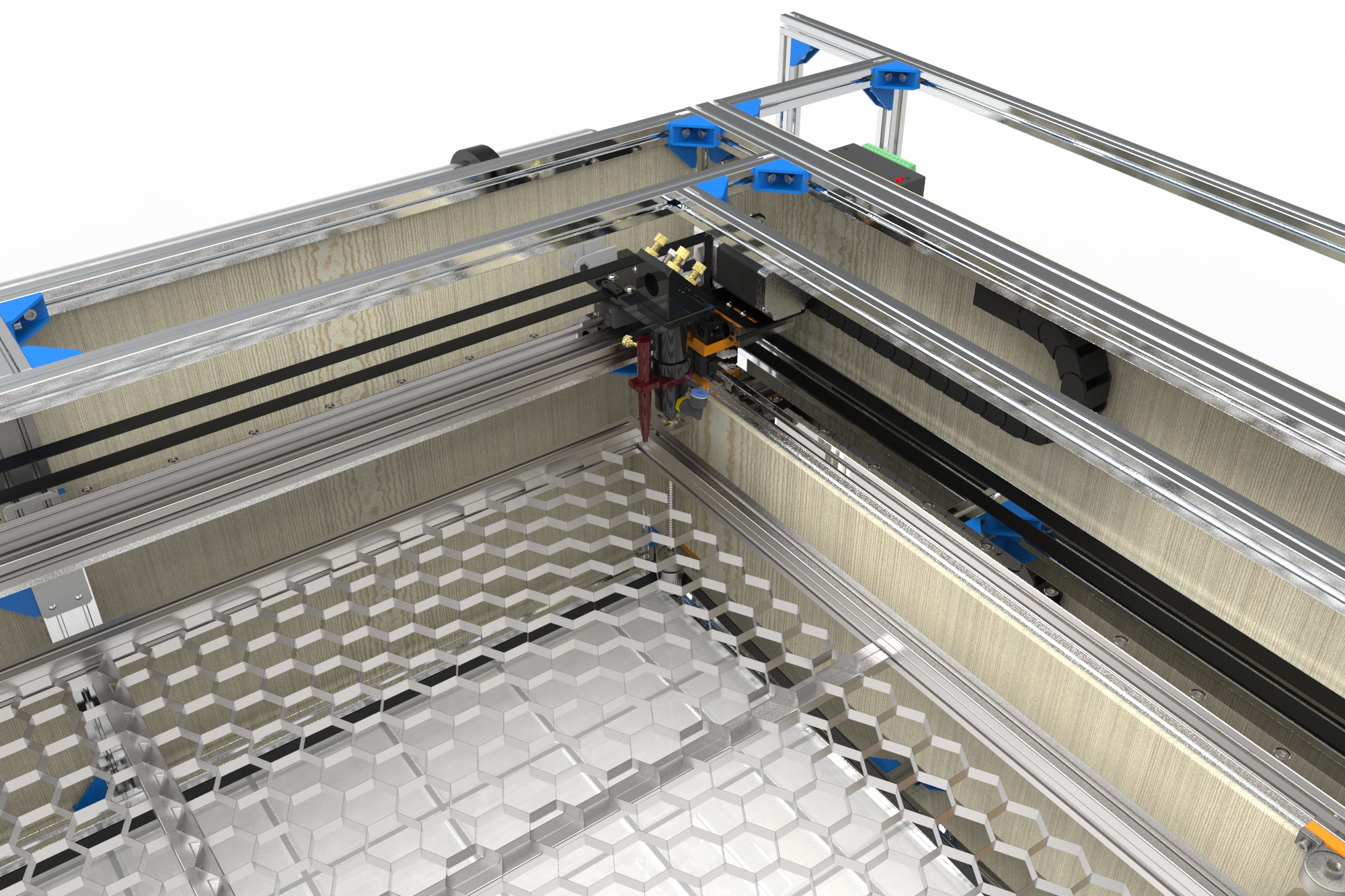 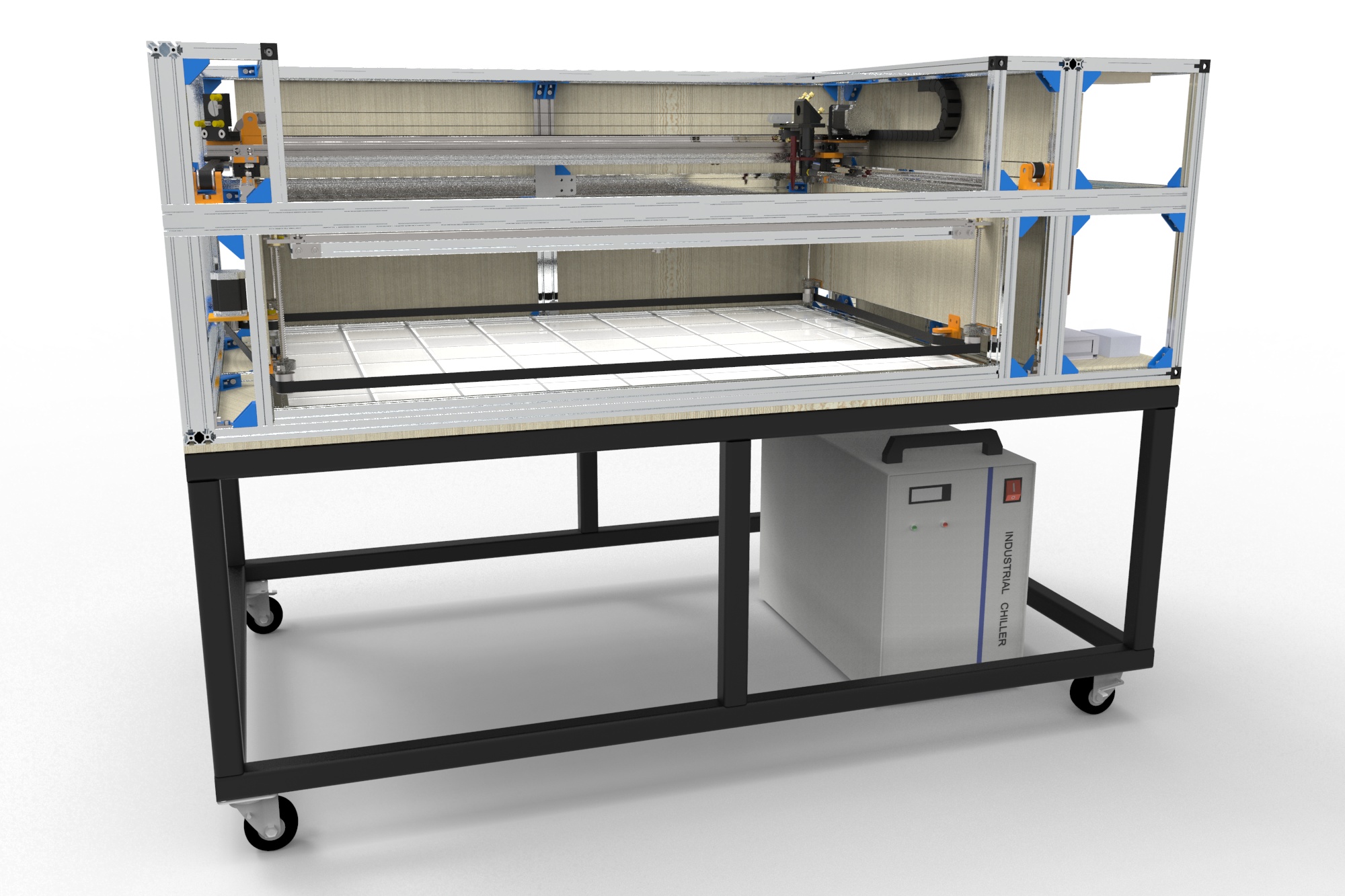 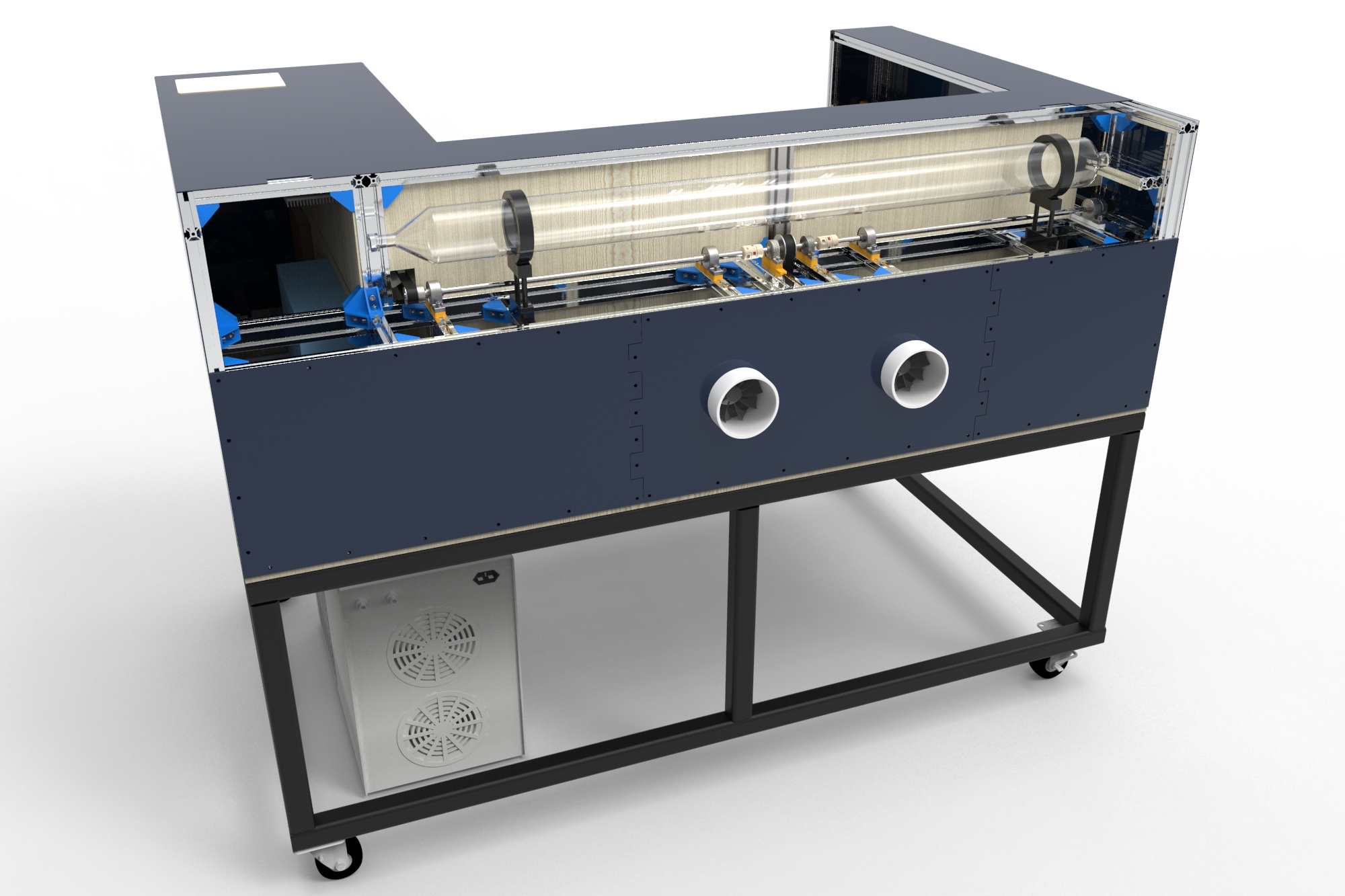 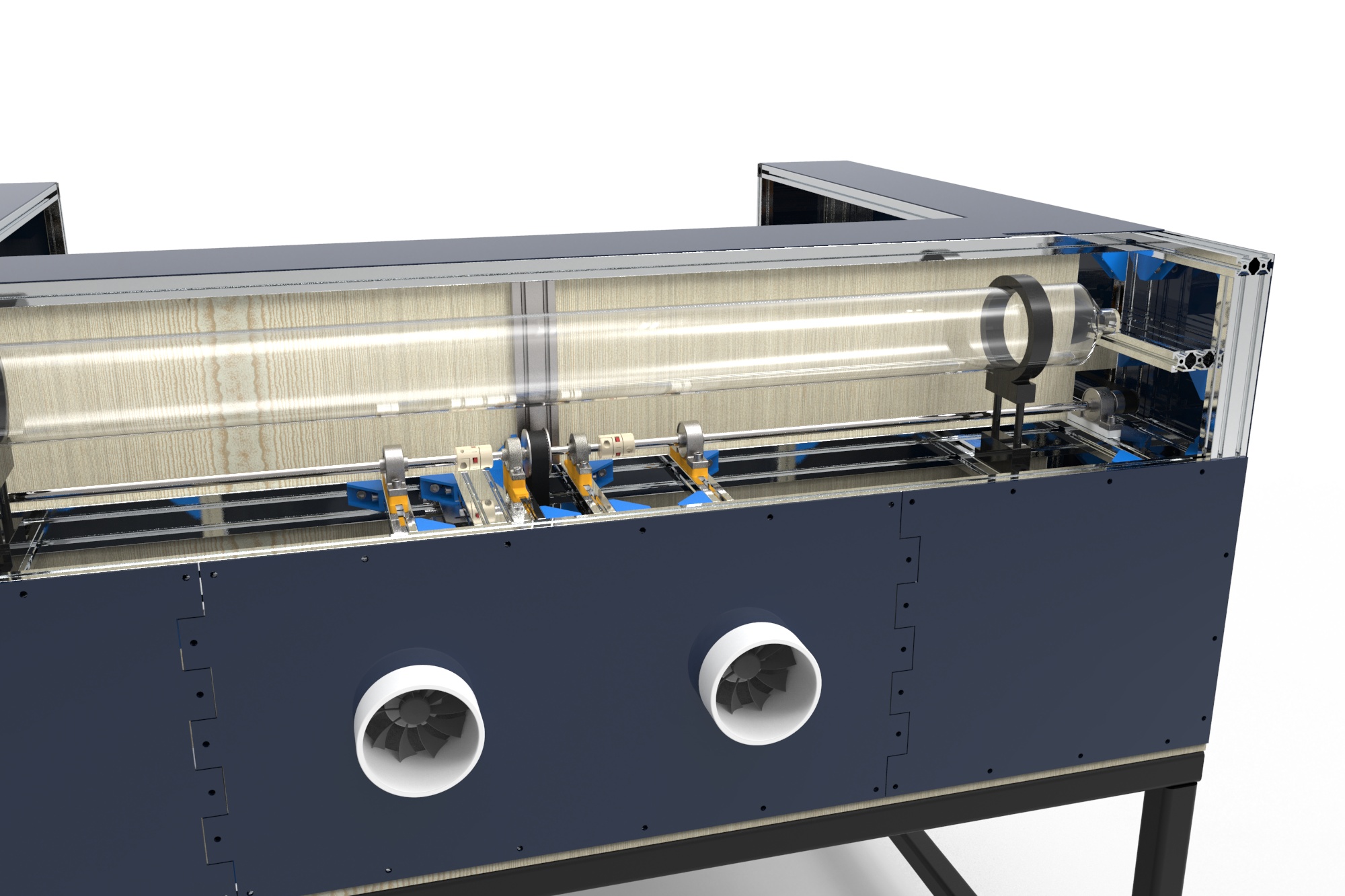 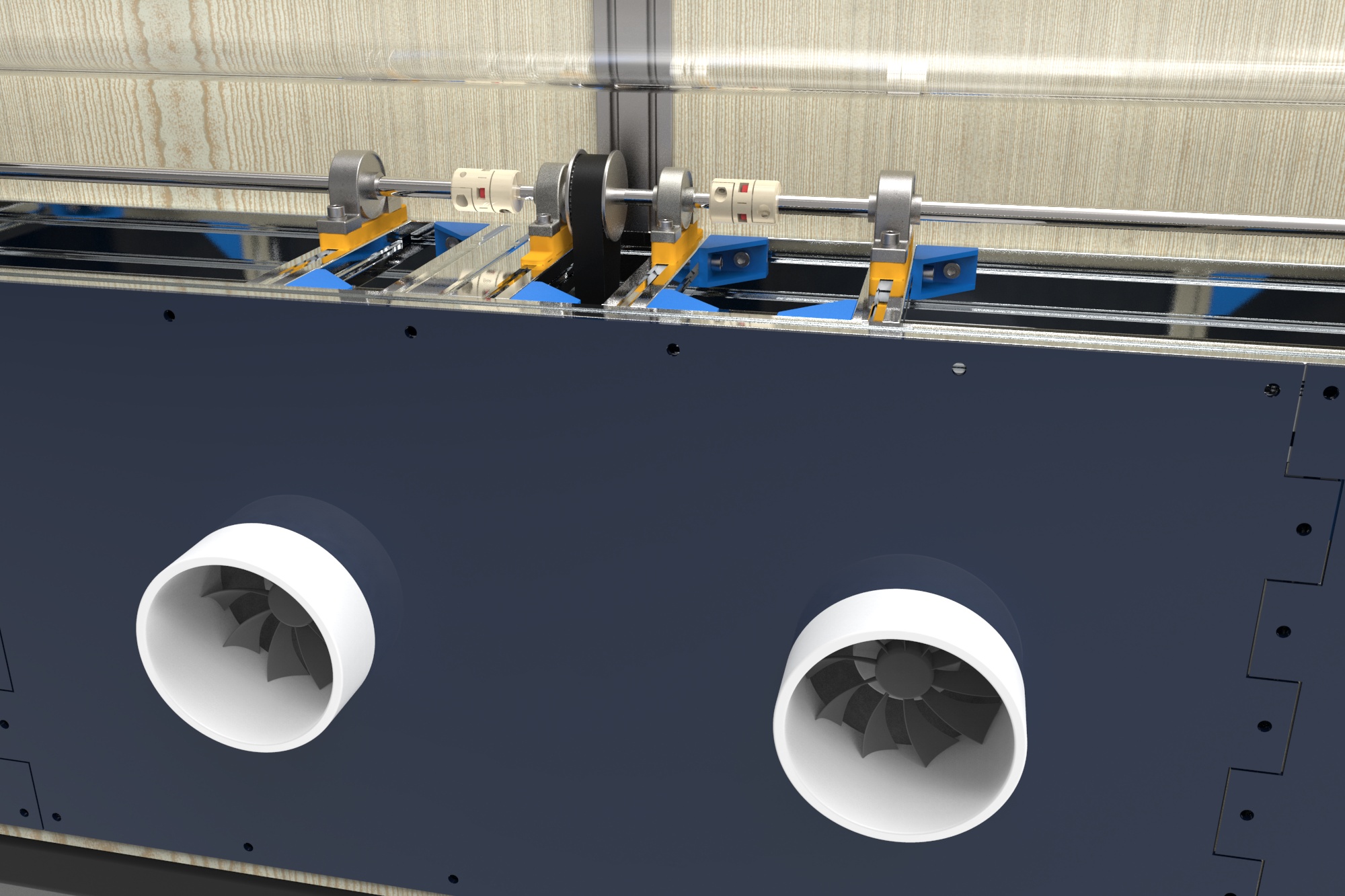